It’s been a while that we’ve posted any Chris-related news, so here’s the latest and greatest that you may have missed in the last few months:

…..  Fear, Inc., a horror movie that Chris stars in, has been released on iTunes. There’s a trailer here.

…..  Misconduct, a crime thriller Chris is in, has been released on DVD, Blu-ray and VOD.

TeeJay has seen this one, and Chris’s role is very small. If you’re only watching for Chris, then it might not be worth your while.

…..  Night of the Living Deb, a horror comedy Chris is in, has been released on DVD, Blu-ray and VOD.

TeeJay has seen this one (on the big screen at a film festival, even), and it’s funny and definitely worth watching. If you enjoyed Infestation, then Night of the Living Deb will very likely also be right up your alley. Chris’s role isn’t super huge, but he’s in it a fair bit. And he’s hilarious. He does comedy so well.

…..  Always Watching: A Marble Hornets Story, another horror movie, is out on VOD.

TeeJay has seen this one, it’s probably the creepiest, most spine-chilling thing she’s watched in years. It builds a very subtle, yet gripping suspense that may make you not want to switch your lights off at night. Chris plays one of the main characters.

…..  Broken Horses, a Texan family drama/thriller with Chris, has been released on DVD and VOD.

TeeJay and Deb have both seen this one, and opinions differ. It’s certainly a more brainy movie that you need to pay attention to in order to grasp its ins and outs. Chris plays one of the leads, so he’s in it a lot, and he does really amazing, emotional work in it.

…..  We dug up a short video interview with Chris from last year, and a new one from this year.

…..  Chris has been or will be shooting new movies that aren’t out yet.

This includes the titles Parker’s Anchor, Chokeslam, and Boneyard Canteen. Hopefully they’ll be released some time next year.

…..  Last but not least, we’ve made some updates to the chris-marquette.com gallery and the video section.

Chris’s movie Broken Horses was released in select theaters across the US on April 10, 2015. Along with the release, a few articles, interviews and behind-the-scenes videos were published. Let us give you a quick rundown below. 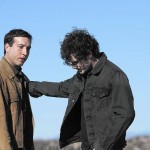 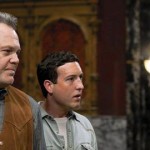 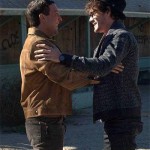 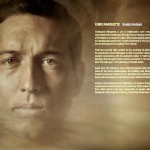 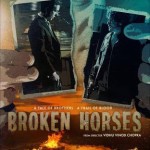 A trailer for Broken Horses has been released for the upcoming limited theatrical US release of the movie on April 10, 2015. There’s also a short featurette on YouTube where director James Cameron praises the movie.