or Could This Movie Be Any More Tediously Pointless? 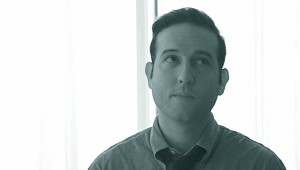 Hm. Was there even a plot? What I do remember is that there were three distinct story segments that segued into each other with the help of one of the characters from the previous segment. The overarching theme in each of the segments was dealing with loss and grief, picturing three characters that all experienced it in a different way and dealt with it differently. There’s a granddaughter who wants her widowed father out of his cramped, memorabilia-filled home. There’s a widow who lost all her belongings in a house that burned down. There’s a divorced insurance assessor who visits his sister at home to deal with clearing out their parents’ old house, whose family freshly befalls a new tragedy they all have to live through. The tone of the movie, from the first segment on, is heavy and lifeless, which makes it hard for the viewer to get emotionally involved. In fact, I’m not even sure anymore why I sat through the whole thing…

Craig. He’s the husband of pregnant granddaughter Bethany in the first segment. He barely has three lines, and isn’t seen on screen very long. Not much of a chance for Chris to shine in this one, and the Joan of Arcadia fans will be disappointed that there’s hardly a chance to see Amber and Chris play off of each other again.

I’m tempted to say none. Okay, no, that’s not exactly true. The one great thing about this movie is that we got to see Amber Tamblyn and Chris act alongside each other again, short-lived as it was. They play a couple with a baby on the way, but the film doesn’t spend a great deal of time on them.

Sadly, there’s not many positive things I can say about this movie. It was draggingly slow, it lacked empathic connection to the characters, and it was not cohesive enough to form a story that the viewer was invested in. Chris’s role is barely worth mentioning. Definitely not a movie I would recommend.